Home > Managing your finances > Debt and Your Small Business: Ensuring a Healthy Relationship

Debt and Your Small Business: Ensuring a Healthy Relationship 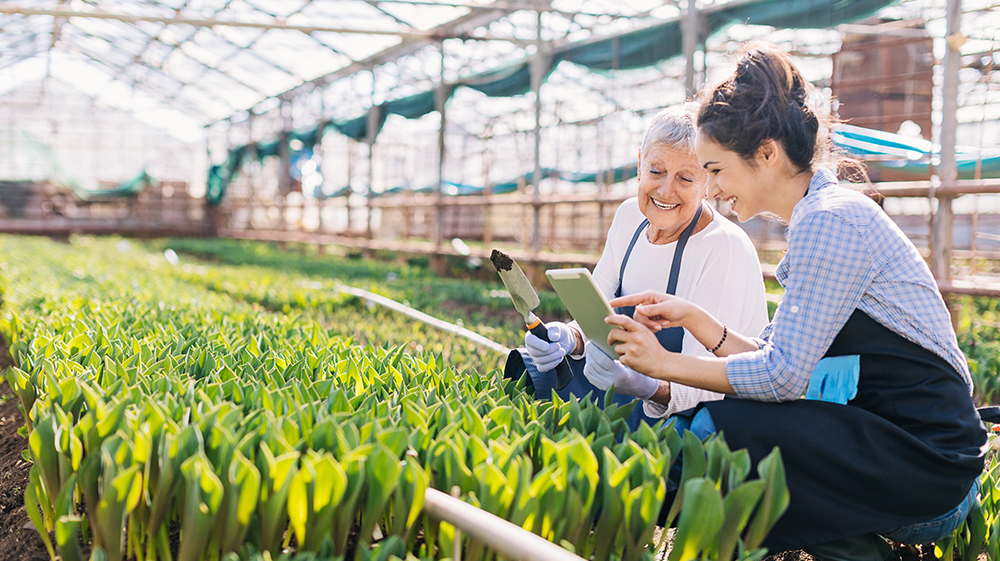 By: Asit Sharma, The Motley Fool

Learn how to classify the three types of small business debt: bridging, building, and bailing. Then crunch the numbers.

Rare is the business that doesn’t take on debt at least once in its lifecycle. Small business owners, and especially entrepreneurs piloting fast-growing start-ups, often don’t give borrowing the close attention it deserves.

As a Motley Fool contributor and also an advisor to privately held businesses, I spend a lot of time thinking about balance sheet debt — its uses, advantages, and traps. In this article, we’ll look at an easy framework you can use to evaluate whether adding debt is the right action for your company.

Small businesses are apt to approach the concept of borrowing from a different mindset than mid-size and large corporations. In my experience, a small business’s proclivity to borrow is often a reflection of its owner’s personality.

Some owners (or management teams in slightly larger companies), see leverage as simply one of several methods to spur growth, and a subset of this group doesn’t mind maxing out borrowing capacity to the last dollar.

A pendulum swing away are the extremely risk-aware leaders who tend to avoid debt altogether, rather than expose their organizations to the possibility, even if remote, of the worst outcome of borrowing — an inability to make loan payments, resulting in default.

Of course, most of us don’t occupy either of these extremes. Without a strong predisposition, then, understanding the character of a proposed financing is the first item of business for decision makers.

Most potential uses of debt fall into one of three categories, no matter if it’s Acme Hot Dog Corp. or General Electric (NYSE: GE) which seeks to tap its borrowing capacity. Over the years, I’ve come to label these categories as “The Three Bs:” Bridging, building, and bailing. It’s my belief that management teams benefit when they determine which category a potential obligation falls into, and then clearly discuss its rationale, before signing a promissory note.

Borrowings that “bridge” are short-term in nature, i.e. they mature in less than one year. And by Generally Accepted Accounting Principles, or GAAP, borrowings of this maturity (with a few exceptions) don’t count as debt at all, rather, they’re classified as “current liabilities.”

In one true debt scenario, when interest rates are low, a healthy company may take on a long-term note and place the proceeds in its cash coffers to boost working capital. The key point to remember is that bridging covers those timing differences that arise in a company’s cash conversion cycle: nothing more, nothing less.

The second “b,” or project-based debt

Debt for “building” is typically tied to a well-defined project that aims to increase either cash returns or the economic value of a company. Interest expense on the debt over the life of the project is factored in as one of the costs when calculating return on investment.

Examples of “building”-related debt in public companies abound. Delta Airlines (NYSE: DAL) has a multi-year goal to replace its rather aged fleet with new generation planes including the Boeing 737-900 series and the Airbus A321 aircraft. The company has replaced 25% of its fleet in the last five years, and intends to replace an additional 20% to 25% of its planes by 2020. New fleet borrowings are collateralized by the acquired planes.

The project of fleet renewal will produce an economic benefit (fuel efficiency, lower repair and maintenance cost, climbing passenger usage, etc.) which will many times exceed the cost of the debt. In essence, Delta is borrowing with a clear purpose, to make an investment that has well-defined and tangible returns.

The third, and potentially fatal “b”

Debt for “bailing,” as you can probably surmise, is the most problematic. Bailing, i.e. scooping water out of a boat, is an apt illustration for the process of paying bills when a business is cash flow negative.

Bailing your company out by taking on debt is a dangerous decision. If your enterprise is losing money, then borrowing to keep it running may only compound solvency issues, as you’re adding new cash obligations in the form of regular (typically monthly) debt service.

Avoid this! It’s a better idea to fix your revenue, gross margin, or fixed cost problems, even if doing so means making painful cuts to operations. And beware of mixed-use debt, i.e. borrowings that appear to “build,” but exceed what is needed for a project and are really meant to patch a hole somewhere else.

To sum up, small business owner, before you add a significant note payable to your balance sheet, call a huddle with your leadership team, and ask the following:

“Why are we taking on this debt? Are we bridging, building, or bailing?”

As a group, work through the three categories and make a solid decision. Be lucid and accurate as to which of the three “B” categories a proposed financing falls within, and you’ll arrive at a rational decision, unclouded by emotion.

I’d be remiss not to mention that you should always seek to understand the cost of debt being contemplated. And of course, crunch (or have your finance personnel crunch) the numbers to understand the ease or difficulty with which you’ll repay the obligation. Especially useful are debt service coverage ratios such as times interest earned, a measure of how many times an organization can cover its interest expense with EBIT (Earnings Before Interest and Taxes).

Finally, remember that debt itself is simply a form of capital. Any negative or positive connotations we assign to it will depend entirely on how we’ve undertaken to use it in our businesses.

This article was written by Asit Sharma from The Motley Fool and was legally licensed through the NewsCred publisher network. Please direct all licensing questions to legal@newscred.com.

How to Get More Credit for Your Business 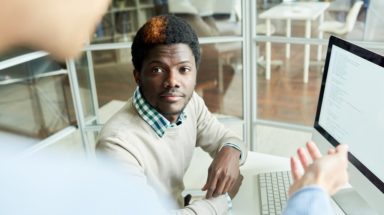 How to Get More Credit for Your Business

How To Lead When Nobody Knows What Will Happen Next 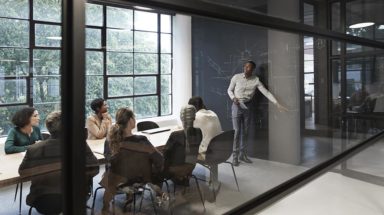 How To Lead When Nobody Knows What Will Happen Next