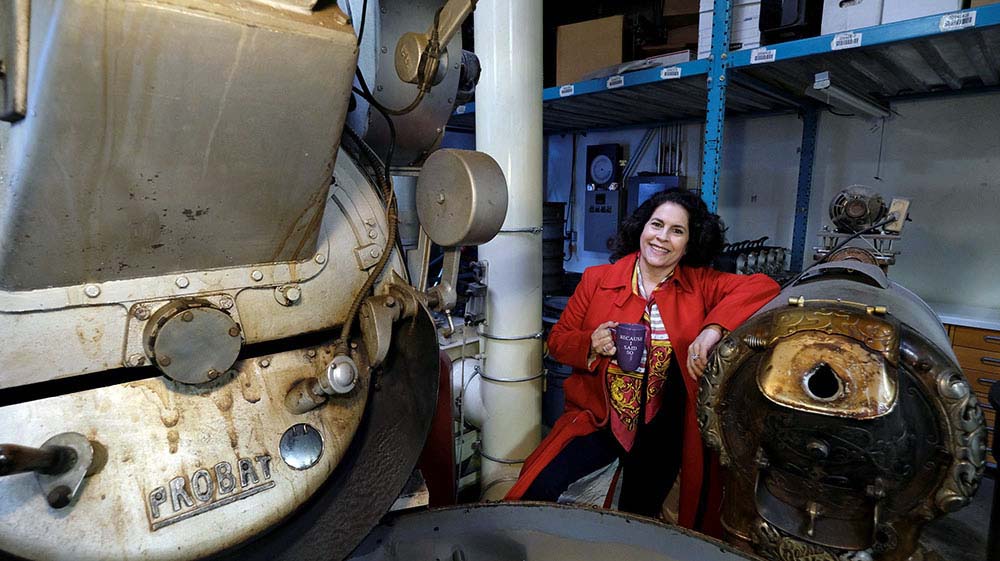 Nearly every American business is facing challenges due to coronavirus. Read how several companies are shifting strategies to survive.

Renee and Michael Brown planned to open a third location for their coffee company — and put their plans on hold when the coronavirus hit.

Sales at the Browns’ San Francisco coffee shop, Weaver’s Coffee & Tea, are down about 4%; while that’s not drastic, the coronavirus outbreak in the U.S. is still in its early stages and the Browns feel it’s too risky to make a big commitment.

“We’re safe the way we are right now,” Renee Brown says. “But what if it becomes a pandemic where you can’t leave your house?”

As the coronavirus spreads, many small business owners are rethinking their strategies and adjusting the way they work. They’re responding to a drop in revenue as customers stay home, cut back on purchases or demand that companies help protect them from the virus that has sickened more than 1,300 people in the U.S. and more than 127,000 worldwide. And some small manufacturers and retailers, the first to deal with fallout from the virus as it stalled Chinese exports, are still struggling to get product shipments even as China’s factories have been reopening.

Businesses are also feeling the impact of the economic uncertainty created by the virus and the ensuing turbulence in the stock market, which forced the Dow Jones Industrial Average down significantly since it reached a new closing high Feb. 12. The market turbulence has discouraged the Browns from seeking investor money to fund their planned expansion. They’re aware that would-be investors are reluctant to commit money to small companies amid unknowns like how widespread the virus will be and what damage it will cause to the economy.

“We need to wait until things dissipate,” Brown says. “I’m probably going to focus on what I can accomplish today.”

At some businesses, the spread of the coronavirus is forcing owners to change the fundamental ways they work. At Fracchia & Co., a company that offers counseling and advice about professional, career, marriage and relationship issues, staffers are now agreeing to clients’ requests for meetings over the phone rather than in person. That’s something the Sydney, Australia, practice has not done in the past. But nearly two-thirds of the firm’s clients have asked for phone meetings since the virus outbreak began, and while co-founder Danielle Fracchia has reservations, she’s saying yes.

“Face-to-face is more engaging,” Fracchia says. “You can’t be feeling their energy, seeing their body language, picking up cues when you’re on the phone.”

Some clients asked in the past to work over the phone, but “we haven’t entertained them for all these reasons,” Fracchia says.

The outbreak has forced businesses of all sizes to adjust — for example, business travel is being canceled and meetings are held via videoconferencing. But small businesses can be particularly vulnerable to changes in spending by consumers and other companies. The cancellations of meetings, social events and the suspension of public gatherings including NBA games hurts companies that provide food, equipment and services for hosts and event organizers, and these are often small businesses.

Business is down by nearly half at Jet City Device Repair’s two Seattle-area locations that repair smartphones and other electronic devices.

“People aren’t getting out. They’re choosing to live with cracked screens,” owner Matt McCormick says. He also has a store in Chicago where business is down slightly.

McCormick isn’t cutting his staffers’ hours although business is so slow. But, he says, “if this is a three- or six-month issue, we would have to start.”

Some brand-new entrepreneurs are being forced to rework their strategies. Randi Braun, who began running her executive coaching company full-time three months ago, is pleased with how the business is going but her growth is coming from individual clients — some prospective new corporate clients have put their conversations with her on hold. She in turn is rethinking some of the investments she was planning for her business, such as starting a new training program.

“I’m watching my spending much more carefully than I was just six weeks ago,” says Braun, who’s located in Washington, D.C. “I hate being part of that domino effect, but the prudence feels necessary.”

The outbreak is prompting some businesses to accelerate planned changes. Dr. Adam Mamelak, a dermatologist in Austin, Texas, has considered adding telemedicine to his practice; that would allow him to diagnose patients’ conditions using video. No cases or suspected cases of coronavirus have been reported yet in Austin, but the big South by Southwest film, media and music gathering in the city scheduled to start Friday has been canceled.

Mamelak has had patients request consultations via video when they’re too busy to come in. If and when the coronavirus spreads to Austin, he expects to hear more of those requests.

“People are afraid they could expose themselves coming to the office,” he says. “Many of us feel that this is definitely coming and we have to have our avenues open to telemedicine.”

After the virus was first reported in China, many factories shut down in January or February to try to slow its spread. Some have reopened, but the flow of goods is weak, leaving some U.S. companies struggling and their owners trying to decide their next step.

Yungi Chu is worried that he might have to cut his employees’ hours. He can’t get most of the headsets he sells on his website, HeadSetPlus.com, can’t contact some of his suppliers and he hears that others are working with skeleton crews.

“Most of our factory orders are still on back order there. We have many customer orders that are canceled due to no stock,” says Chu, whose business is based in Redwood City, California. He estimates that his business is down by more than 10%.

Chu is trying to plot his strategy in the face of so many unknowns. He might have to turn to a manufacturer in another country if the recovery in China is protracted, but that’s time-consuming and expensive.

“If nothing changes in six months I’m going to be in big trouble,” he says.

This article was written by Joyce M. Rosenberg from The Associated Press and was legally licensed through the NewsCred publisher network. Please direct all licensing questions to legal@newscred.com. 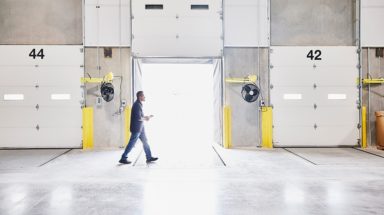 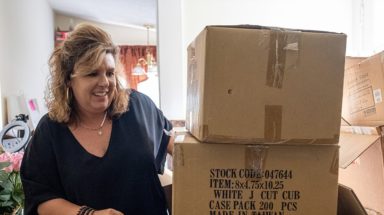