WeWork For Chefs: How One Coworking Incubator Fuels Food Innovation 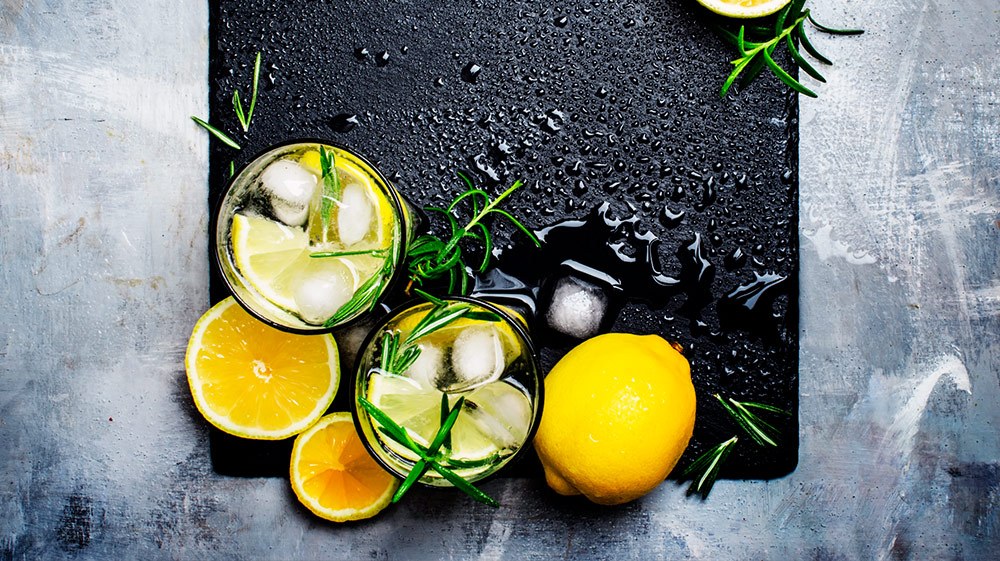 On a busy Brooklyn avenue there’s a looming, brick structure that’s equal parts regal and raggedly worn. It used to be a factory for the drug-maker Pfizer; now dozens of young food entrepreneurs take the elevator to the second floor where they swap recipes at Foodworks, a coworking space that’s also an incubator, test kitchen, and commissary for emerging food and beverage brands.

Inside the 10,000-square foot office, there’s a common room where many of the chefs share ideas. Further in, 10 unique kitchen stations await the future of gourmet meats, snacks, and cocktail mixers.

It looks less like a Martha Stewart set and more like the gritty outtakes of Willy Wonka’s factory; it’s all metal and fluorescent lights, with dozens of cauldrons bubbling and pots simmering vast amounts of soup, jam, or paste. There are convection ovens filled with hundreds of samosas, skillets frying chips, and industrial food processors serving as white noise machines. It’s quite possibly the best smelling– and most distracting–coworking space you’ll ever experience.

“It’s super heterogeneous, we have all different types of companies,” explains cofounder Nick Devane of the 165 brands that have come through Foodworks’ doors since opening in 2016. “There are caterers, ice cream companies, chocolate makers, pastry chefs, and packaged food products. It really runs the gamut.”

Some of these companies produce traditional items like apricot jam or banana bread, but a strong majority aim to introduce new, unique foods to the mainstream market. There’s Malai, an artisanal ice cream company that harnesses exotic Indian flavors and aromatic spices like anise, tamarind, and cardamon. Keepers Coffee Soda is a bubbly, sweet concoction of coffee, soda water, and citrus juice. In the alcohol space, Swig + Swallow produces 4 oz. bottles of fresh cocktail mixers for which you only need to add your spirit of choice directly to the bottle. Over 80% of these companies are founded by women and minorities.

Each company has come to Foodworks at a different stage in their process–some at inception, others a few years in. But they pay for more than just a kitchen; they come for the invaluable guidance and advice Foodworks 75+ mentors provide. If you’re not a major food brand, getting off the ground and out of your (small New York) kitchen can prove difficult at best, and most times, nearly bank-breaking. That hefty barrier to entry, says Devane, costs the food industry countless creativity.

“One of the biggest things that we encounter is the cost of getting started–the capital and the knowledge base that’s required to start a food company,” explains Devane. “Traditionally, you need tens if not hundreds of thousands of dollars to build out your own kitchen and to develop a basic marketing and business plan, then try to see if your product has legs.”

Foodworks members pay hourly or via a monthly membership that ranges from $30 an hour up to $2,000 a month depending on needs, such as food storage shelves. Monthly members get 24/7 access to the building. They can easily access professionals who will steer them in the direction of lawyers, fundraisers, social media strategists, nutrition specialists, food photographers, and more. The majority of these contacts are locally sourced, but a few are high-profile entrepreneurs, including Sweetgreen CEO Nicolas Jammet or David Barber, co-founder of Blue Hill. These mentors are present at the many community events and happy hours held weekly.

There are other services, such as distribution, dishwashing or storage, which cost extra. But the idea is to be everything a food entrepreneur could possibly need–at as low cost as possible, oftentimes at half the cost of other professional spaces.

“The focus for us is really taking the advantages of a big food business and passing them on to a small food business,” says Devane. “So that you can come in with an idea and really create and start to scale it. Then you can take it to your local coffee shop–or Whole Foods.”

Such a model makes economic sense for early-stage startups or small businesses who only need part-time rental of kitchen facilities. A caterer, for example, might only need facilities during the peak wedding season, while a baker only needs early morning hours.

“They can persist in this space for much longer without the capital gains you usually have,” says Devane.

Devane knows all too well the financial obstacles food entrepreneurs face. He previously cofounded Homemade, an app for home cooks to sell their products–essentially micro-catering or “Airbnb for cooking,” as he describes it. At its height, Homemade featured over 2,000 members looking to make inroads within their communities from their own kitchens.

Over time, Devane saw the same three issues hold back his users from further growth: scale (“they can only produce so much,” explains Devane), regulatory (“you can only sell a certain amount out of your kitchen, per law”), and ownership (“eventually, people wanted to start their own legit business”). He ultimately shuttered Homemade with his co-founder, Mike Dee, and the two used whatever proceeds they had to start Foodworks.

“We wanted to reduce the friction [of starting a food company],” recalls Devane.

Jamie Melzer is the founder and CEO of Watermelon Road, a healthy fruit snack brand that sells dried fruit “jerky.” At Foodworks, Melzer hand cuts watermelons, pineapples, and eggplants, seasoning them with lemon juice before dehydrating them for 15 hours. It’s then packaged in whimsical bright-colored pouches that look straight out of an Instagram fever dream.

The former research analyst at Bank of America Merrill Lynch founded her company less than a year ago and within just four months at Foodworks, she was able to test and finalize her product, participate in the Fancy Food Show, and secure her product on several store shelves.

“That would have taken me two years,” says Melzer. “I don’t think I would have [reached this level] as quickly and as easily, and I would have made mistakes that frankly would have cost a lot more money.”

What Melzer, and many other startups, also find especially helpful is the community feedback and camaraderie constantly flowing between the kitchen counters. When a baker works next to a herbal tea specialist, says Devane, at some point a matcha scone is created. It happens organically.

“Cross-pollination is really what makes Foodworks true to form in terms of what we’re offering,” stresses Devane. “A lot of educational value is coming from one member to another as opposed to something that we have to curate.”

Melzer’s fruit jerky, for example, is available for sale on Swig + Swallow’s website. As the two founders became friends, the cocktail mixer offered to sell Watermelon Road until Melzer’s retail website is finished.

Nora O’Malley and Phoebe Connell, cofounders of Aida crackers and crisps, find such community interaction surprisingly helpful in furthering visibility. Their sourdough variety was recently named “best crackers” by Saveur magazine, but the founders still need help getting the word out.

“Caterers [at Foodworks] will use our products … it’s a show of support and more eyes on our products,” says Connell. “It’s also been very useful in a very informal way to ask someone, ‘hey where you do get this and that product?’ It’s just another support system.”

To further foster communication between members, Foodworks launched a software for members to easily engage with one another. Much like a message board, the community posts questions, issues, or simply vents. Over 1,000 brands already use the program.

Brooklyn Foodworks is currently home to 125 entrepreneurs, and newly opened outposts in Portland, Maine, and Providence, Rhode Island, are quickly filling up. Devane has big plans for further expansion: a space is Newark, New Jersey, opens in September, while L.A. will open doors later this fall. After that, Devane has his sights set on Chicago and other similarly vibrant food communities, specifically Southern cities like Charleston and New Orleans.

“How do we take what we learned in New York and bring it to these other bigger markets in the U.S.?” Devane says of the expansion challenge. “There are so many awesome entrepreneurs just waiting for more access to resources.”

As he sees it, he’s providing opportunities he believes they should have always had–the same opportunities afforded to big brands who control the majority of the market.

“We’re helping a wide swath of people that should have always been able to start–and now they can,” he says. “We want to be a home for innovations.”

This article was written by Rina Raphael from Co. Create and was legally licensed through the NewsCred publisher network. Please direct all licensing questions to legal@newscred.com. Santander Bank does not provide business, tax or legal advice and the information contained in this article does not constitute business, tax or legal advice. Santander Bank does not make any claims, promises or guarantees about the accuracy, completeness, or adequacy of the information contained in this article. Readers should consult their own attorneys or other tax advisors regarding any financial or tax strategies mentioned in this article. These materials are for informational purposes only and do not necessarily reflect the views or endorsement of Santander Bank.

Ransomware, The Dark Web and You: Protecting You and Your Business From Online Threats – Webinar Replay 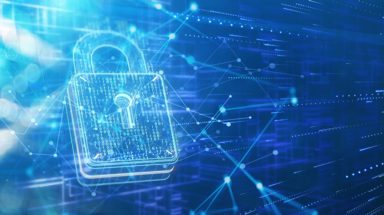 Ransomware, The Dark Web and You: Protecting You and Your Business From Online Threats – Webinar Replay

How to Protect Your Business from Ransomware Attacks 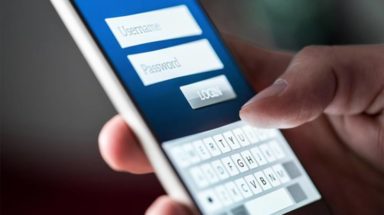 How to Protect Your Business from Ransomware Attacks