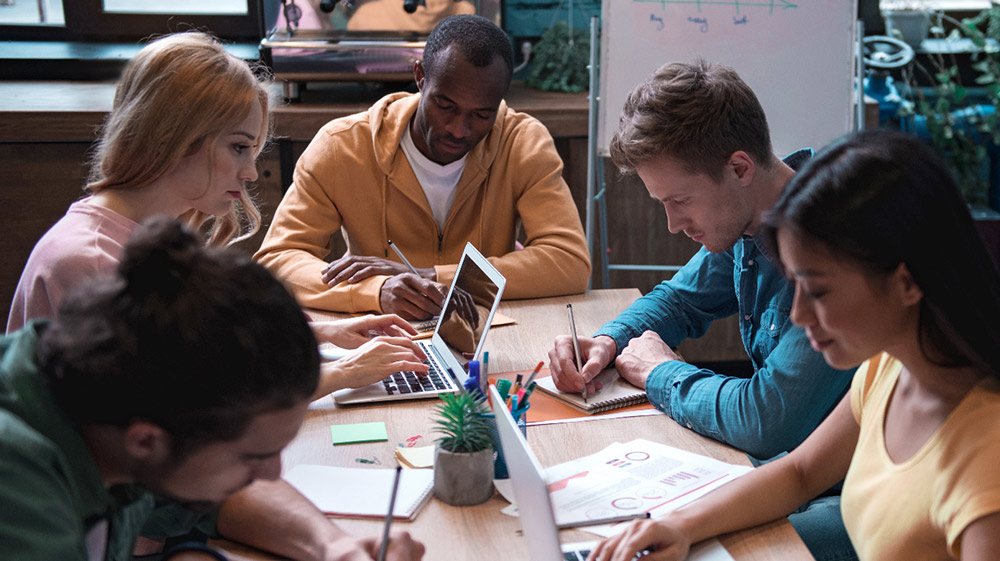 Munjal Shah, CEO and co-founder of Health IQ, gives three tips on how to scale a business while maintaining a strong culture.

Munjal Shah’s company Like.com was acquired by Google in 2010. The deal was finished on a Wednesday but couldn’t close until Friday. As Shah recalls, when he asked why, he was told that Larry Page still needed to review the Like.com team’s applications, an activity for which Page set aside his Thursdays. Despite Google employing over 12,000 people at the time, says Shah, Page still reviewed the applications of anyone Google was seriously considering hiring.

This was a turning point for Shah, one that impacts how he leads his current company, Health IQ, a life insurance startup that finds lower rates for health-conscious people. “Conventional wisdom about scaling is that you have to trade intimacy for efficiency,” Shah recently shared with me on my podcast Beyond the Headline. “As much as you need to operationalize your business processes, you have to choose a few that you are deliberately not going to scale.” It’s those areas, in Shah’s view, that let leaders of fast-growing companies keep their cultures strong when it matters most.

1. Interview Every Candidate Yourself, For As Long As You Can

Hiring is one of the first things founders begin to delegate, and Shah was no exception. While running his past two companies, Shah found that the day he let go of hiring, the culture changed. So with Health IQ, he’s taken a different approach.

“There is the common theory that A players hire A players and B players hire C players. But leaders can’t just focus on hiring the right first group and expect they’ll maintain the momentum. A players will hire C players if they’re under pressure to scale quickly,” Shah shared in a later conversation. That’s not an indictment of his hiring team, he believes–it’s just a reality of rapid growth. “The faster a company is scaling, the more the CEO should be involved in hiring to ensure the quality of decisions is not only being maintained but elevated,” he believes. Nearly four years in, with over 150 employees, Shah still interviews close to 90% of Health IQ candidates.

His goal isn’t just to help preserve company culture. It’s also to cultivate a personal relationship with each person once they join. As he sees it, “You should have two relationships with your employees: a personal relationship that transcends the company, and your professional one,” he explained. “The hiring process gives you a rare opportunity to build a relationship. When else are you going to have a full hour to hear about a person’s life and dreams?”

Senior leaders typically assign new team members to managers as their startups scale, leaving them with a small group of higher-level direct reports—usually the company’s earliest employees. But in Shah’s experience, a CEO making herself available for mentoring conversations with everyone in the company can increase speed and productivity.

Since that can be logistically difficult, he hosts weekly office hours where any team member can schedule a private mentoring session with him. His assistant also sends out a companywide email whenever he has a gap in his schedule, inviting team members to schedule a one-on-one for up to 30 minutes. Shah says he typically dedicates 10 hours a month to these meetings.

“In order to scale quickly, you have to help people grow professionally. One of the most effective ways to do that is to have a mentor-mentee relationship,” he said in our subsequent chat. His current approach “creates a link for you to be invited in as a mentor, not just as a manager. By getting to know people on a deeper level, you can match them with the right opportunities to accelerate their progress and the company’s growth.”

Mentoring multiple team members also equips leaders with an aerial view of their organizations. Rather than solely relying on the perspective of your direct reports, open office hours can give CEOs intel right from the front lines on a regular basis.

When you’re in hypergrowth mode, it’s easy to race past achievements without acknowledging them. Shah has tried to avoid this by recognizing each of his company’s 150 employees at a daily companywide stand-up meeting. “The common belief is that when you recognize everybody, you recognize nobody. That just isn’t true,” he asserted. “Praise is a scarce resource we are all starving for. The more recognition you give, the more positive your culture is. Appreciation never depreciates.”

So every afternoon at 2 p.m., you can find the Health IQ team, spread across Palo Alto and San Diego, gathered for an hour of positivity. Shah begins with a five-minute update, and then they go around both offices (which connect via Skype) for each person to share a daily accomplishment. From hitting sales quotas to shipping features, the only requirement is that team members contribute something positive. It takes less time than you’d think, Shah says: Even factoring in the time spent applauding for impressive milestones, they’re able to move through 150 people in 20 minutes. (The remainder of the hour is spent doing a team workout–it’s a health company, after all!)

When Shah considered canceling the meeting as headcount neared 100, multiple team members asked him to stick with it; some told him that at previous employers, managers often took credit for their work. But the stand-up is also a chance for peers to share their progress with each other. “People just want to share that they did something great and get recognition for it,” Shah said. “It seems like an expensive time investment, but it compounds in extra productivity. The positive feedback loop creates a self-sustaining system of accountability and motivation.”

Finally, the meeting also reveals what people do across departments, inspiring collaboration and gratitude. During some stand-ups, instead of sharing a personal achievement, everyone thanks a team member who helped them that day. Shah credits much of Health IQ’s early success to this camaraderie and positivity. “The best culture is a fertile ground where other positive things can grow.”

He’s confident this holds true no matter how quickly you’re scaling: “Whatever you want to get out of measuring metrics, you can achieve better and faster by establishing it as a part of your culture.”

This article was written by Jenna Abdou from Co. Exist and was legally licensed through the NewsCred publisher network. Please direct all licensing questions to legal@newscred.com.

How To Use Social Media Marketing For Your Business 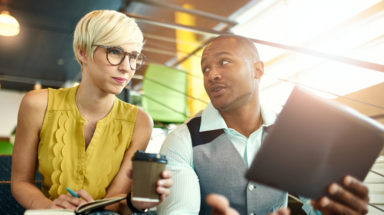 How To Use Social Media Marketing For Your Business 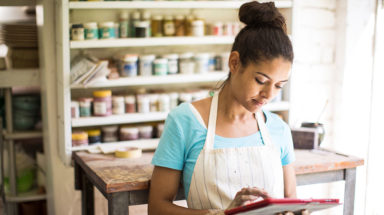